The "Sound" Decision for Mobile Electronics in Malden 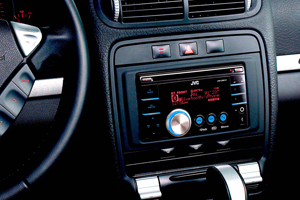 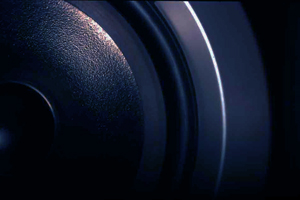 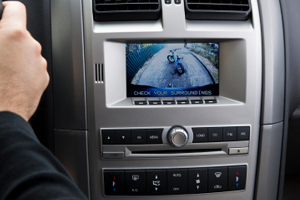 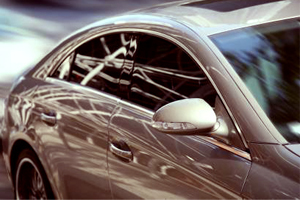 Rating: 5 out of 5 stars
After last years dreadful snow, I received a gift from my wife this winter; a remote car start system! Found on yelp, she went with David and we are both very happy. I own a newer Volkswagen (known to be more difficult) and David was able to install it and help adjust the settings to fit my needs. The install was done on a Saturday around our schedule and he was very pleasant to work with. Though I cant speak to the price (my wife still wont tell me) she says it was reasonable.

David has had many years of experience working with car audio and security systems... when Circuit City went under he decided to open up his own shop soon after as not to waste such valuable knowledge and a great guy. I'm glad we went with Sounds Around Town and would recommend him to anyone in the Boston area looking to fix or add something extra to their vehicle!
Sounds Around Town
, Revere, MA, (617) 302-8285http://car-audio-malden.ma-biz.com

Rating: 5 out of 5 stars
I asked David to help me with a high end full install on a 2006 Prius (head unit, satellite radio, sound processor, sound deadening, 4 speakers, 2 amps and a sub).  He spent a significant amount of time helping me pick out the right components, and even suggested places online I could get some of the materials at lower cost that he could offer.

When it came time for installation, he gave me a fair and reasonable price quote.  David is something of a perfectionist, and when the installation took almost twice as long as he estimated, he honored the original quote.  The installation was flawless, looks terrific, and sounds amazing!  He goes the extra mile and is a real professional.

Before deciding on David, I compared with several other Boston area shops.  Sound in Motion seems like another good shop, but quoted me a price a little over double what David offered.  Others in the area either didn't seem to have the knowledge or experience David has, and some seemed more like a frat house than a shop.

David is a professional guy, honest and fair, and has a ton of knowledge.  I recommend him without reservation.
Sounds Around Town
, Revere, MA, (617) 302-8285http://car-audio-malden.ma-biz.com

Rating: 5 out of 5 stars
I've asked for David's help installing radios, amps,alarms and xm satellite.  Can't say enough about his ability.  He's an absolute genius when it comes to figuring out complicated wiring configurations and adapting existing equipment and improvising what seems to be impossible problems.  Great to watch him do his thing. He stays until he's done to your satisfaction and has the answers to questions by phone or text even after the project is completed.  Another very satisfied customer!
Sounds Around Town
, Revere, MA, (617) 302-8285http://car-audio-malden.ma-biz.com

Rating: 5 out of 5 stars
I highly recommend David Lania / Sounds Around Town.  I contacted David after seeing his ad on Craigslist and he was very helpful on helping me determine the right solution for my vehicle.  His price was more than 20% less than the quote I received from a local car audio shop.  David came right to our house and did the installation there - installation quality was excellent.    He makes sure he spends the needed time going over your set-up so you get the most of the system.  He is highly qualified, has  years of experience, and is great to work with.
If you have car stereo needs (he also does other car electronics - alarms, remote starters, etc) , give David a call and you won't be disappointed
Sounds Around Town
, Revere, MA, (617) 302-8285http://car-audio-malden.ma-biz.com

Rating: 5 out of 5 stars
After recently having my car radio stolen, it became necessary to purchase and have a new cd player installed. However, since the wires were cut when the cd player was taken I knew that it would be more difficult. I first thought of Best Buy but there wait time was very long and there were many more associated costs then the $50 advertised rate and reviews stated that if your wires were cut it would be much more expensive probably over $100.

I found David Lania's (Sounds Around Town) phone number through craigslist this afternoon. When I called I was very pleasantly surprised to hear how he would be able to meet me later that evening. The price he quoted was also very good and much better than any price I would have been charged at Best Buy or a dealer.

He was very friendly and hospitable when I met him. He was also very knowledgeable and was able to pretty quickly hook up my new stereo even though he had to go through the process of comparing the color codes to online manuals since the original harness was no longer attached. He also had to change two associated fuses that had burnt out when my stereo was stolen previously.

When it was finished being installed he even went so far as to explain all aspects of the model I had purchased which was great.

Although it ended up requiring more time and work than originally planned for, he charged me the quote he initially gave me.

I definitely recommend him for all your car electronic equipment, and I personally will definitely use him when I go to install a remote starter within 2 weeks.

Please email me with any questions you might have relating to my personal experience.
Sounds Around Town
, Revere, MA, (617) 302-8285http://car-audio-malden.ma-biz.com

Rating: 5 out of 5 stars
I needed my radio replaced in a pinch, and Sounds Around Town came up big.  His work was fast, efficient and had a great personality to talk to while waiting.  I recommend him to anyone who will need to replace any audio equipment. He went as far as explaining the new complex stereo to me, which was very helpful.  Great Work!
Sounds Around Town
, Revere, MA, (617) 302-8285http://car-audio-malden.ma-biz.com

Rating: 5 out of 5 stars
David did a great job installing the ipod adapter in our Chevy Cavalier.  It was his day off and he still took the time to meet with us. He was very knowledgeable of what needed to be done for our specific vehicle, and completed the job thoroughly and in a timely manner .   He was very personable and his price was fair, reasonable and worth the money .  I will recommend Sounds Around Town to friends who need stereo installation or remote car starters.
Sounds Around Town is the name to know in Malden for quality mobile electronics and installations. We sell and install everything from remote car starters to in-dash navigation systems to car DVD players. When you want top-quality work and exceptional service, we're the right team for the job.